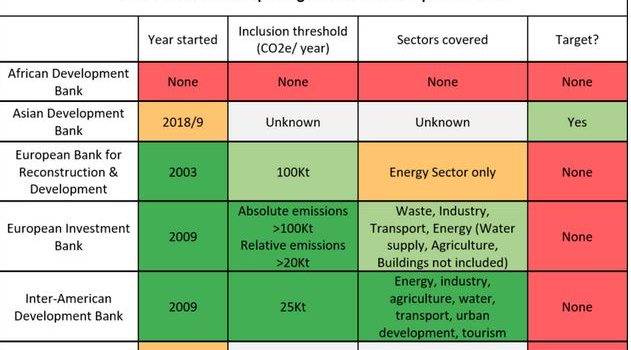 With the UN Climate Conference (COP23) taking place this week in Bonn, the Big Shift Global is calling on the World Bank to shift its investments from fossil fuels to clean energy and be more transparent about the impact of its investments. E3G is a research partner for the coalition.

Last month, President Jim Yong Kim announced the World Bank will report on its portfolio emissions from next year. This was one of the first asks from the Big Shift and is the first time the World Bank will be disclosing aggregate data on the greenhouse gases emitted or avoided as a result of bank-funded projects.

As E3G’s previous analysis in the Huffington Post showed, the World Bank was lagging behind on its emission reporting. In fact, the World Bank has also been lagging behind the private sector, where corporations such as Walmart have been setting science-based targets to reduce emissions.  Read original article here

Previous post: Coal mining in Kitui yet to start 5 years after deal was signed