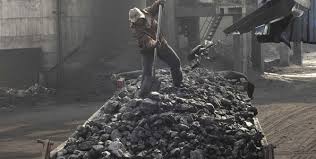 A consortium including Centum will start building a 1,000 megawatt coal-fired power plant in Kenya next month, the investment firm said on Wednesday as it reported a 75 percent jump in first-half pretax profit.

Centum is the biggest investment company on the Nairobi bourse with interests in real estate projects, listed firms, private equity and electricity generating plants, among others.

“We have the construction contract more or less finalised. They are ready to roll. We expect to begin work on site in December, and we expect the contractor to move in from January,” Joe Mutugu, chief financial officer at Amu Power, said.

The power plant is being built in Kenya’s Lamu region, a coastal area near Somalia that has been hit several times by al Shabaab Islamist militants.

Centum posted a 8.6 percent jump in net asset value (NAV) per share to 52.1 shillings ($0.5098) in its first half ended September, outperforming the Nairobi Securities Exchange’s main NSE-20 Share Index, which was down 20 percent.

“It is not exceptional but growing that much in a market where there are challenges is not a bad outcome,” Standard Investment Bank research analyst Eric Musau said.

Its shares, which are trading at a 20 percent discount to the net asset value, jumped 8 percent after the results to 44 shillings.

“We are still looking at the numbers but it certainly looks like a decent proposition,” said Musau.

Pretax profit for the six months soared 75 percent to 2.246 billion shillings ($22 million), helped by a jump in interest income from its cash deposits.

Interest rates in Kenya surged after the central bank embarked on a tightening cycle in June. Centum said it increased its allocation of cash and fixed income to 68 percent of its marketable securities portfolio from 20 percent in March.

It cut its exposure to equities to a quarter from 70 percent in March, Mworia said.

Like other frontier assets, Kenyan shares have been pummelled this year by a flight to safety by investors worried about a potential rate rise in the United States.