In an opinion piece published in the Business Daily on June 12 headlined “Kenya must be open-minded on coal energy”, George Wachira presents arguments on why Kenya has to consider coal as part of its energy mix.

However, it is important to remember that investing in fossil fuel projects like coal mines locks countries into this kind of energy dependency for decades.

Mr Wachira’s arguments are inaccurate, especially at the time, the shift from fossil fuels must occur in the next two years if global temperature rises are to be kept below two degrees Celsius, the scientific consensus for a safe climate.

Because of its high carbon content, coal emits more carbon dioxide than any other fossil fuel when it’s burned. It makes sense then that coal combustion is the number one contributor of human-caused carbon dioxide increase in the atmosphere.

Worse still, coal mining produces methane, a greenhouse gas with a global warming potential 25 times greater than that of carbon dioxide. Furthermore, coal is the most polluting energy source on the planet emitting more than 60 different hazardous air pollutants.

The coal plant stands in the way for a safe and healthy future for all of us. It threatens our most basic needs from the air we breathe, the water we drink and the safe climate we all seek shelter.

Kenya might have contributed the least to global climate change. However, despite its low emissions, Kenya is one of the countries’ most vulnerable to climate change. It remains highly dependent on low-productivity agriculture for food, income, and employment. 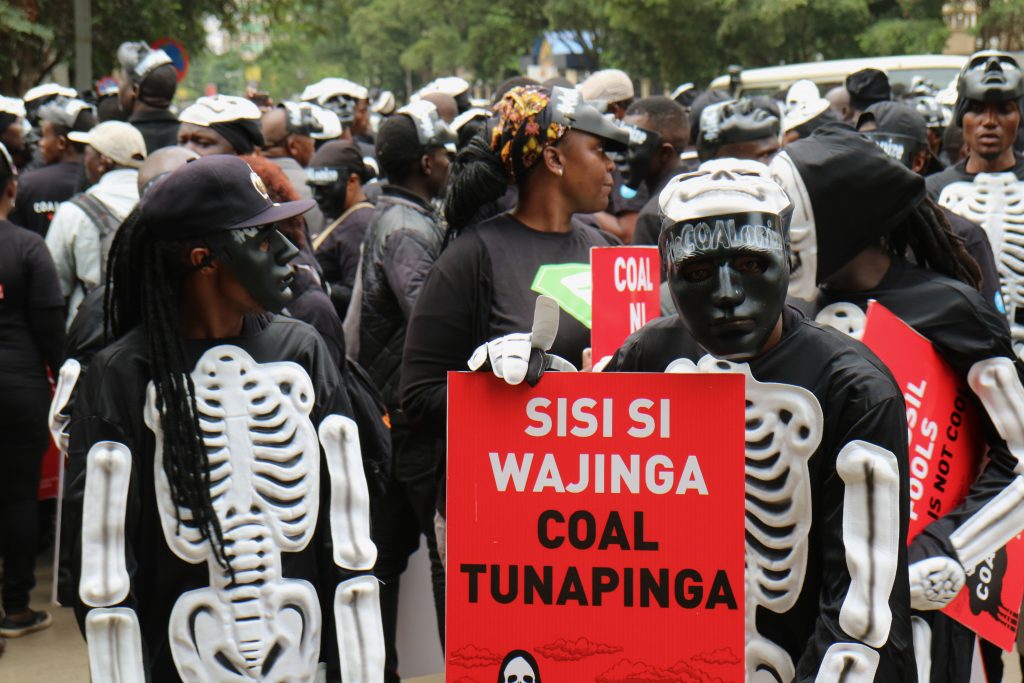 Temperature rise even if limited to two degree Celsius, increases the risk of droughts and flooding in Kenya. This would lead to low yields and higher food prices.

Therefore, any minimal effort to limit emissions and stabilise temperature rise below two degree Celsius should be highly welcomed, by economies such as Kenya.

However, an influx of people from outside the coal mine regions may increase competition for local jobs. Since the local population in these regions may not have the requisite skills to work with the mining companies this may further exacerbate social challenges.

Yet, alternatives to economic dependency on coal mining in Kitui and Lamu are plausible and plentiful. For instance, Lamu’s abundant natural resources —the sea, the beautiful beaches, the sea animals and the culture — are perfect for ecotourism and holiday adventures.

The adoption of cleaner energy supply options such as solar, wind and geothermal means, Kenya will avoid a high carbon lock-in that other countries have experienced in their economic growth pathway. In addition, this will enable Kenya to contribute to limiting temperature rises above two degree Celsius that threaten the lives of its citizens and attain energy security for her future. Renewable energy options provide Kenya with an adequate mix to meet its current and future energy demands securely and less costly. For instance, improvements in battery energy storage technologies are allowing renewables to supply reliable and constant energy to meet the consumer’s demands.

Furthermore, by Kenya adopting renewable energy supply such as solar and wind as well as avoiding the dirty-polluting call to explore coal power. This move will help the nation broaden energy access to the rural off-grid populations through decentralised energy production and distribution. Increased access to the off-grid energy services has the potential of stimulating cottage industries that are key to improving Kenya’s economy and eliminating poverty.