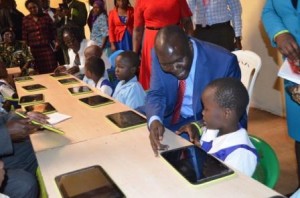 The National Environment Management Authority has embarked on a weeklong public participation forum aimed at collating views over an Environmental Impact Assessment report on the proposed Lamu Coal Power Plant to be built in Kwasasi area next year.

Amu Power Company, the consortium that won the tender to construct the plant requires the nod
by NEMA to build East Africa’s first coal plant. The proposed 1,050 Megawatt plant will be the equivalent of 45 percent of Kenya’s current installed power capacity of 2,333 megawatts.
Opinion remain divided among leaders and residents, with a section of leaders led by Lamu Women Representative Shakila Abdalla firmly oppose the proposed project on grounds that it could compromise the Lamu’s environment.
“The negative impact posed by the proposed Lamu coal plant far outweighs the gains being peddled by “interested parties” that it will provide employment for local youths and improve the county’s profile,” the women representative said in an exclusive interview.
She further downplayed the impact of the project by stating that out of the anticipated 3,000 jobs to be created 1,400 have been set aside for Chinese workers.
“By the time the Amu Power Plant is up and running there will only be 350 jobs for Kenyans, which will be highly technical and many Lamu youths may not benefit directly from the project,” World Wild life Federation (WWF) Project Officer Nicholas Orwa intimated to KNA.
He further divulged that EIA report has many grey areas that should concern the local residents over the impact the project may have in its entirety over Lamu County.
The Amu Power Consortium brings together Gulf Energy, Centum Investment and Power Construction Corporation of China which is in charge of actual construction of the plant.
“The coal plant is likely to affect the livelihoods of fishermen in Lamu, since the coal sludge and waste will most likely be disposed in the ocean waters leading to the decline of our fishing grounds,” Shakila said.
She lamented that her argument is based on facts that wherever coal power plants have been set up there is always a prevailing energy-water conflict that accompanies it.
“The amount of air pollution that Lamu will suffer from due to the sulfur and nitrous oxides and mercury emissions from the Coal plant is likely to have far reaching impact to the quality of life in Lamu, with an expected rise in cancer cases, “the women representative stated.
However, her sentiments have been rebuffed by Kurrent Technologies CEO Sanjay Gandhi, lead expert consultant of the Amu Power project who said that safety measures have been put into consideration and worries of environmental degradation have already been addressed in the EIA report.
“Measures are in place that will ensure that the air and soil quality of the surrounding areas are not compromised,” Sanjay assured.
The lead expert said that the main problem was that most stakeholders have not read the reports in its entirety to draw logical conclusions.
The Lamu county government has also voiced its reservations over the project, with Lamu County executive in charge of Health and the Environment Dr. Kombo Mbwana stating that the entire report only offers generalized measures and not specifics.
“The farmers of Kwasasi area are the only ones who will be compensated from the project though the impact of the project is likely to be far reaching repercussions as far as Mpeketoni and Witu areas,” Dr. Mbwana stated.
The county executive stated that though the county government does not oppose development projects, the coal power plant project is likely to affect fishing- the economic mainstay of Lamu.
“The tourism sector is also likely to be affected, and the coal plant will bring with it a decline of tourism numbers and sector investment,” the county executive official stated.
However national government officials are optimistic, with Deputy President William Ruto hailing the impact the coal power plant will have in transforming Lamu county into an industrial powerhouse.
“Lamu county’s profile will definitely be upscale, and it is not in the national government’s best interests to see any harm come to our citizens,” Ruto stated on a recent tour in Lamu.
He said that those opposing the project were only doing so out of self interest and not for the collective good of Lamu residents, whom the Deputy President added will gain fivefold from the investments that will stream into the county thanks to the power plant.
Kwasasi resident farmer Saum Athman revealed that all the farmers in the area expect adequate compensation. “Although the farmers are in support of the project there is no mention of relocation or compensation of the more than 619 farmers that occupy the area earmarked for the coal power plant,” Athman stated.

The EIA report being reviewed by NEMA reveals that less than 28 farmers are due for compensation with 5 major companies claiming a stake in the Kwasasi area land.
“The compensation process of Kwasasi area is another grey area, that needs to be resolved before the project kicks off or else it might lack legitimacy among affected Lamu residents,” Kenya National Human Rights Commission official Mohammed Jafar also told KNA.
NEMA Lamu county coordinator, Moses Ombogo, said the EIA survey and public participation sessions that will be carried out this week will provide answers over whether the country should provide license for Amu Power Company or shelf it.
Ombogo states that NEMA will take into consideration the views of residents, leaders and other stakeholders to decide whether the Amu Power Coal Project is environmentally sustainable.