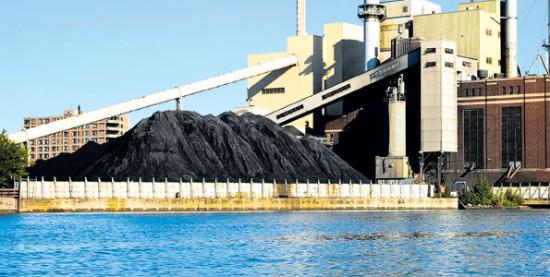 On a hot afternoon in April, the 900-acre bushland, with centuries-old baobab trees scattered around is the venue of a meeting between a community of Bajuni fishermen and small-scale farmers, and Save Lamu, a community-based organisation.

The residents of Kwasasi in Lamu County call this land, now marked with beacons, “box.” The box is the proposed site for the Lamu Coal Plant, a project opposed by Save Lamu, a coalition of more than 36 local organisations dealing with the enormity of projects like the Lamu Port and the Lamu Port South Sudan, Ethiopia Transport (Lapsset) Corridor project.

This April meeting is focused on finding ways and means to put pressure on the government to discard the project.

“This is our ancestral land,” says Mohammed Shee, an elder in the community. “We fish and farm here.”

Mr Shee speaks for thousands of residents who are opposed to the project that kicked off in earnest in 2013, when Kenya’s Ministry of Energy floated a tender for a coal plant at this very site. Gulf Energy and Centum Investment won the bid and formed the Amu Power Company.

The company will build and operate a 1,050 Megawatt coal-fired thermal electricity-generating plant in the Manda Bay area of Lamu County – it will be the largest private sector-led project of its kind in East and Central Africa — to contribute towards the government’s goal of 5,000MW of affordable and reliable power on the national grid.

The need for this, according to Amu’s website, arises from that projects like the standard gauge railway, the Lapsset project, Konza City and steel smelting industries require about 5,000MW of power. By 2030, the peak demand is expected at 18,000MW against an installed capacity of 24,000MW.

On February 26, the Energy Regulatory Commission rejected objections to the project by Save Lamu, saying the affected people are not opposed to Amu being issued with a licence.

Save Lamu does not agree. Hadija Ernst, a founding member of the CBO, said, “Communities bordering the coal plant don’t know anything about it. It’s so far out in the middle of the bush.”

In March, for example, the community woke up to the sight of bulldozers clearing farms, digging up age-old cashewnut trees for a road half-a-kilometre long into the ‘“box.” Save Lamu learnt of it through a local chief. When the community demanded compensation, the road was abandoned. It is the same story as what happened with the Lapsset project, which set the stage for the coal plant.

“There are changes being planned in Nairobi that we don’t even know about,” states Khadija Shekuwe Famau, Save Lamu’s project co-ordinator. “We don’t feel part of the process. The coal plant is a national project yet nobody on the Lapsset Authority board is from Lamu.”

“The first time the Amu Power Company engaged with Save Lamu was towards the end of 2014,” says Walid Ahmed Ali, Save Lamu’s secretary and co-founder of the Lamu Youth Alliance. It was to discuss an environmental and social impact assessment — required by law — conducted by Amu Power’s consultant.

“Save Lamu and local community leaders told them that we did not want coal. We preferred renewable energy. Amu Power replied that coal is cheap and they were going to use the newest technology to make it less offensive. We then began to investigate and sent six delegates to South Africa to learn about coal mining sites,” said Ali.

“The negative impacts that the team reported after the visit to coal plants and meeting the people living around and working in the coal plants are enormous on health, livelihoods and the environment. Most of these coal plants were financed by elite politicians — and though South Africa has been pro-coal, it is phasing out coal because of the impact on climate change. The South African court even stopped a coal plant from starting up after objections from the citizens,” he added.

Among the six delegates was Raya Famau Ahmed, founder of Sauti ya Wanawake (Voice of Women), an organisation focused on gender rights in Lamu. Ms Ahmed said the coal project threatens the ocean.

“We need development but it must be environmentally friendly. What we saw in the coal mines in South Africa was horrible — sick children, women working in the coal plants breathing polluted air — it’s not what we want,” she said.

During this time, the coal plant investors took local Members of County Assembly to China to a coal plant under construction — where they would see nothing of the hazards of an operating coal plant.

According to Save Lamu, the assessment lacks expertise and the plant is using old technology and they argue that the measures to mitigate negative impacts are inadequate. In addition, the coal plant’s effects on climate change, air pollution, and water released into the ocean have not been well analysed.

“It’s in total disregard of environmental laws,” says Ernst. “The concerns have to be analysed for their effects and mitigation.”

Coal for the Lamu plant will be shipped in from South Africa and Mozambique, offloaded to barges through mangrove channels to one of the dedicated berths at the new Lamu port and then on to a conveyor belt.

“The distance between the berth and the plant is 15 kilometres,” said Ernst. “We have no idea where the conveyor belt is going to pass. At this point, our ocean water is at optimum temperature,” added Shekuwe. “The water discharged from the coal plant is put through cooling system, where the water from the ocean is sucked in to cool the turbines and then released back into the ocean, which will be warmer. This is going to destroy a lot of marine life.”

It is already happening as the channels are being dredged for the Lamu port and conservationists and fishermen are reporting increased deaths of fish and turtles. The impact on dolphins and other marine creatures is yet to be assessed.

Somo Mohamed, chair of the Lamu County Beach Management Unit, was first contacted by the EIA consultants contracted by Amu Coal Power in 2015.

“The EIA team took the temperature of the water, tested the soil, recorded the weather, including putting something in the tree to collect dust. At the meeting where the findings were presented, l asked, ‘When will you come again to measure the dust? The answer was, ‘After the coal plant is built.’”

“I asked what if the dust is harmful to people during that time and they die from cancer or other diseases from the dust? The EIA team never invited me again even though there have been other meetings.”

But Somo has made it a point to attend the meetings as an uninvited guest.

“I even wrote a report together with the Fisheries Department and gave it to the Nema team during the public-participation at Kwasasi on December 26, 2016 — the report has all the species of fish and the data of fish caught by fishers. Since then we have not heard from them,” he says.

It is the same meeting that Save Lamu boycotted because the venue was changed from Lamu Town to Kwasasi – a tactic that Save Lamu believes was intended to make it difficult for fishers and local communities of the Lamu Archipelago to attend due to the distance and cost involved.

Coal is not the best of options for energy production, going by its effects. Fly ash from coal plants, for example, carries 100 times more radiation than a nuclear power plant producing the same amount of energy.

According to the Union of Concerned Scientists, solid waste generated from coal includes toxic substances such as arsenic, mercury, chromium, and cadmium — which can contaminate drinking water supplies and damage vital human organs and the nervous system.

Coal is also responsible for mining accidents, acid rain and greenhouse gas emissions. Acid rain not only poses great health risks but threatens the very existence of Lamu Stone Town — listed as a World Heritage Site because of its Swahili architecture from centuries ago, built with limestone. It could soon lose its architectural grandeur as acid rain dissolves limestone over time.

When coal is burned, only 30 per cent is used to produce electricity while the rest is released into the atmosphere or absorbed by water – contributing to greenhouses gases and climate change.

In addition to the above issues raised by Save Lamu coalition, Hindpal Singh Jabbal the former chairman of the Energy Regulatory Commission, has written several articles in the press since 2013 on the power sector, and has also made a formal presentation at the ERC public hearing in Kwasasi, objecting to the construction of Lamu Coal Plant.

According to him, when tenders for the coal plant at Lamu were announced, the demand for electricity was anticipated to grow at 14 per cent, which would translate to peak demand of 15,000MW by 2030, and installed capacity at 20,000MW including 30 per cent reserve margin.

However, with the revised projections of 8.5 per cent, as also confirmed by Lahmeyer International, a firm of consultants appointed by the Ministry of Energy, the peak demand in 2030 will be 5,200MW with installed capacity of 6,500MW. This demand can easily be met with renewable resources in Kenya like geothermal, wind, solar, biomass and hydro.

According to Mr Jabbal, due to lack of demand, the $2 billion coal plant will remain idle for several years, attracting almost $370 million per annum in rental charges.

As such, he concluded that based on technical, economic and operational grounds, the coal plant cannot be justified.

He is not alone in his dismissal of the plant.

“The world is trying to get out of coal in a hurry due to the negative impact on climate,” said Jagi Gakunju, a leading environmentalist and director of AAR, a health insurance company.

“Coal is in the class of ‘Dirty Energy.’ Its effect on human health is devastating. If most of the world is closing their coal mines, we should not go the coal way. China has a plan to close all coal plants by 2025. The UK is closing theirs in the next five to 10 years. Recently, Bangladeshis demonstrated against the building of a coal plant near a mangrove forest because in another area, where a similar plant was erected, there are no trees and all the fish are dead,” he added.

On April 21, Britain switched off its only operating coal plant for a continuous 24-hour coal-free day. It switched to other sources like gas, nuclear, wind and solar.

Britain’s last coal power station will be forced to close in 2025, as part of a government plan to phase out the fossil fuel to meet its climate change commitments.

By Rupi Mangat, The East African

Next post: Lamu Coal: A much needed energy boost or cancer causing project?