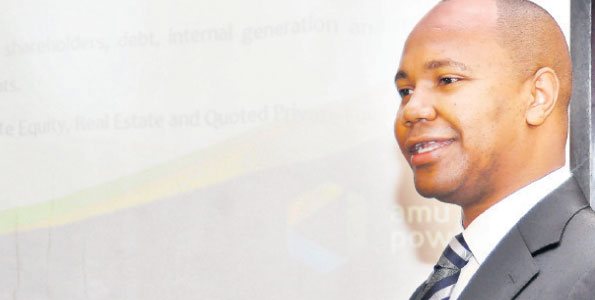 The construction of Kenya’s first coal-fired power plant faces delays due to the failure to get approval from the environment watchdog and delays in compensating those to be displaced by the electricity project.

Construction of the 981.5-megawatt plant in Lamu was set to start September 30 and end in June 2017 but promoters of the mega project are now uncertain of the kick-off date.

Amu Power Company — the consortium that won the tender to construct the plant— say it is yet to submit the project’s environment impact assessment (EIA) whose review will allow the National Environment Management Authority (Nema) give its nod to the plant.

“We are having delays which has thrown us behind schedule,” Amu Power chief executive Francis Njogu told the Business Daily. “We are still developing a resettlement action plan for the affected parties.”

The plant will sit on 870 acres of land at Kwasafi in Hindi Bay of Lamu.

The coal plant is estimated at Sh210 billion ($2 billion) and its electricity will be priced in the same range as geothermal energy at 7.52 US cents (Sh7.9) per unit — almost a third of what diesel-fired plants charge.

The Amu consortium brings together firms like Gulf Energy, Centum Investment and Power Construction Corporation of China — in charge of actual construction.

There are concerns that the plant will increase carbon emissions and present a challenge in  the disposal of toxic coal ash which remains after coal is burned.

The coal ash contains pollutants such as lead and arsenic which cause respiratory ailments and water poisoning if not handled well.

Nema often mainly reviews a project’s site location, its immediate environment, construction and operation phases of the project and its decommissioning at the end of its lifespan.

In 2013, Nema reviewed its environmental impact assessment fees to a minimum of Sh10,000 or 0.1 per cent of project cost, without an upper limit — effectively removing the maximum limit of Sh1 million that existed previously.

Nema is yet to re-introduce the Sh1 million maximum limit, subjecting investors to higher costs. This means Amu will pay Sh210 million to the environment regulator as IEA fees.

The coal plant is part of the government’s goal of injecting additional 5,000 megawatts into the grid by 2017.

Amu Power in June signed a$1 billion (Sh105 billion) contract with Power Construction Corporation of China towards construction. The $2 billion project will be financed through debt which accounts for three quarters and shareholders’ equity ($500 million).

The Amu consortium in February bagged a $1.2 billion (Sh126 billion) financing from the Industrial Commercial Bank of China and said it was negotiating with local banks for the remaining loan.

The African Development Bank will provide a partial risk guarantee for the coal plant, the largest in East and Central Africa.

Amu will build a 210-metre concrete tower, expected to be the tallest structure in East Africa, for discharging smoke at safe heights to prevent harm to the environment.

Next post: Petition Against The Award Of Mining Concessionary Rights To The Mui Coal Basin Deposits, Kitui County, Kenya