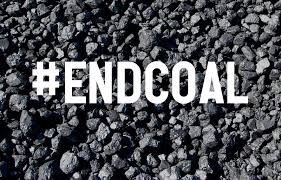 Stemming from the latest conflicts around South Africa’s pending nuclear power expansion programme, said to be one of the largest government tenders in post-Apartheid South Africa, welcome news has arrived from Kenya’s Save Lamu community-based campaign and the deCOALonize movement opposing the development of a 1 050MW coal-fired plant in Lamu.

Lamu is an island archipelago set to the northeast of Mombasa, and is said to be home to one of the original Swahili settlements in the region from as far back as the early 14th century. The territory faced colonial domination from Arab, Portuguese, German and British empires from the early 1500s until the national liberation party declared independence in 1964. The economy of Lamu is largely dependent on tourism and fishing, both of which stand to be adversely affected by the latest moves towards coal-based industrialisation plans. The proposed Lamu Coal Power Station is being financed by AMU Power company (Kenya), Industrial Commercial Bank of China (China), and Standard Bank (South Africa), and the initial sources of coal are set to arrive from South African coal mines.Read original article here

Next post: Environment CS Wakhungu turns her back on Lamu’s 204 billion coal project