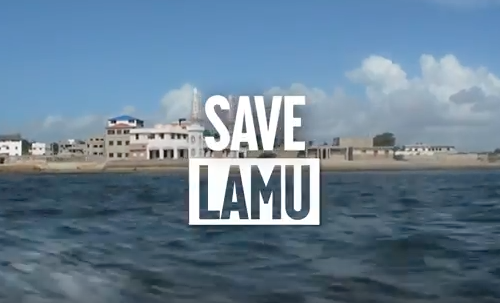 Culture, Climate Change and the Real Cost of Coal

This week, an important meeting of the United Nations Educational, Scientific and Cultural Organization’s (UNESCO) World Heritage Committee came to an underwhelming end; thousands of people across the world were hoping the Committee, in its 41st session just concluded in Poland, would live up to its mandate, prioritise culture over coal, and declare as “In Danger” sites like the Sundarbans, Lamu Old Town, several places in Turkey, and arguably the greatest, most imminent loss: the Great Barrier Reef.

Marking these sites as ”In Danger” would have placed on alert national governments, custodians of these sites of Outstanding Universal Value. The label would also have helped campaigners in each of these countries challenge the destructive fossil fuel projects that are being proposed in or around these sites – projects that will cause irreversible damage to these sites either through the impacts of steadily worsening climate change, or even more directly, as huge new coal projects are planned for the areas around these Heritage Sites, like the proposed $16 billion Adani Carmichael coal mine, port and rail project which poses a significant threat to the 2,300km-long Great Barrier Reef.

Sadly, realpolitik appears to have prevailed: although lengthy discussions were held, none of them made it onto the In Danger list.  What the Committee had in front of it was a new frightening assessment by the World Heritage Centre and US NOAA which found that all 29 coral-containing World Heritage sites would cease to exist as functioning coral reef ecosystems by the end of this century under a business-as-usual emissions scenario.

There is no ambiguity in that verdict: unless CO2 emissions are drastically reduced, we will see all the World Heritage coral reefs – all twenty nine of them – disappear by 2100. This is part of the First Global Scientific Assessment of the Impacts of Climate Change on World Heritage Coral Reefs.

And yet, despite the timing of this assessment, released a week before the gathering of the Committee, the alarm bells failed to rouse the response required.

Civil society representatives present during the meeting lobbied delegates to the Committee at every opportunity, and what they drew some comfort from was the inclusion of amendments to its draft decision on corals and climate.

One of the most critical amendments adopted was the text in italics within this paragraph, , in which the Committee: “Reiterates the importance of State Parties undertaking the most ambitious implementation of the Paris Agreement of the United Nations Framework Convention on Climate Change (UNFCCC) by holding the increase in the global average temperature to well below 2°C above pre-industrial levels and by pursuing efforts to limit the global average temperature increase to 1.5°C above pre- industrial levels and strongly invites all State Parties to ratify the Paris Agreement at the earliest opportunity and to undertake actions to address Climate Change under the Paris Agreementconsistent with their common but differentiated responsibilities and respective capabilities, in the light of different national circumstances that are fully consistent with their obligations within the World Heritage Convention to protect the OUV of all World Heritage properties.”

As we underline that importance – of holding the increase in global average temperatures to well below 2°C – let’s not forget why, nor what precisely is at risk from fossil fuel projects:

1. Sundarbans Forest: The government of Bangladesh is trying to build the Rampal coal plant in the middle of the Sundarbans Forest, which supports endangered species, regional livelihoods, and typhoon protection for the whole country. Air pollution, coal ash and boat traffic would upend the ecosystem keeping this World Heritage Site alive.

3. Australia’s Great Barrier Reef: Up to 50% of the reef may have already died from the effects of warming ocean temperatures in an unprecedented second year of bleaching that has impacted two thirds of the reef overall. The Australian Government has approved one of the world’s largest coal mines — the Adani Carmichael mine in Queensland — that would see coal shipped through the reef,  putting  even greater risk on the Reef from coal dust, dredging and potential shipping accidents.

4. Turkey: Countless ancient places are at risk in Turkey. Among these are the Hecate temple in Lagina (Yatağan), the ancient port city of Kyme, and the Byzantine fortress of Pegae. Many more could be threatened if Turkey pursues its plan to build even more coal plants.

The World Heritage Committee, for political reasons best left to those in politics, has failed to formally acknowledge how coal endangers these unique ecosystems and places. But that should not mean we take our eyes off the clock; the race to save the planet is at a critical turn, and together we need to ensure we win, that governments worldwide keep to their commitments under the Paris Agreement, while we continue to organise the resistance to fossil fuel projects. It’s the only hope we have, if we want a planet we can live on.