Activists against coal took to the streets their petition for parliament and the president to suspend the proposed coal mining in Lamu and Kitui Counties, alluding to environmental threats. Marking the World Environmental Day in style, the anti-coal demonstrators matched with placards, masks and in all black costumes with a skeleton motif chanting reasons why they didn’t want coal.

The protest was led and organized by the #deCOALonize Coalition, Haki Africa and #TeamCourage all active citizens groupings. The demonstration began by 10am from Freedom Corner Uhuru Park heading toward Parliament road and onward to Harambee avenue where it concluded after the protest ‘leads’ handed over their petition to the office of the President at Harambee House. The petition was stamped to acknowledge receipt.

The protest aims to raise voices and awareness while standing in solidarity with the residents of Lamu and Kitui where the projects are proposed to be implemented. The protest pointed to the fact that the coal projects would badly affect fishermen in Lamu and farmers in Kitui, resulting in health problems and affecting livelihoods. In addition, the pollution from coal would destroy the environment and severely damage marine resources and the UNESCO World Heritage Site that Lamu Town is. 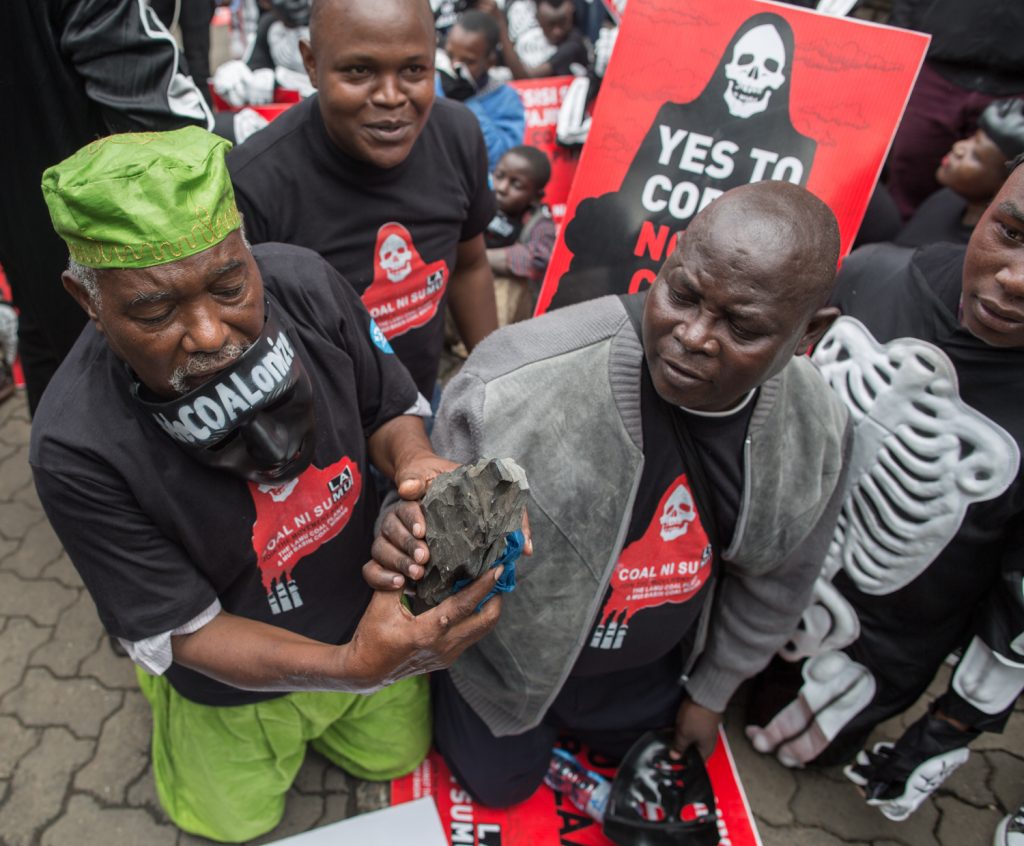 Mr. Mulei, a resident of Kitui explained the effect coal has on the Mui basin community currently even before mining begins, “whenever we have dug wells or there is natural exposure by geological action the coal has poisoned our water, plants, animals and the people. We are terrified of what will happen should large scale mining begin if such small quantiles can have such harmful effects.”

Mr. Feisal from Lamu County urged the government to invest in useful projects such as a fish processing factory that will help the 6,000 Lamu fishermen and their families instead of a coal plant that will only employ 1,400 people mostly foreigners, during construction and 400 people after completion while harming lives of millions of Kenyans. “If we must invest in an energy project, Lamu has plenty of sunlight, wind and flat land. Let our government invest in the future of its people and youth, not just working to put cash in the pockets of a few greedy individuals”, Mr. Feisal concluded. 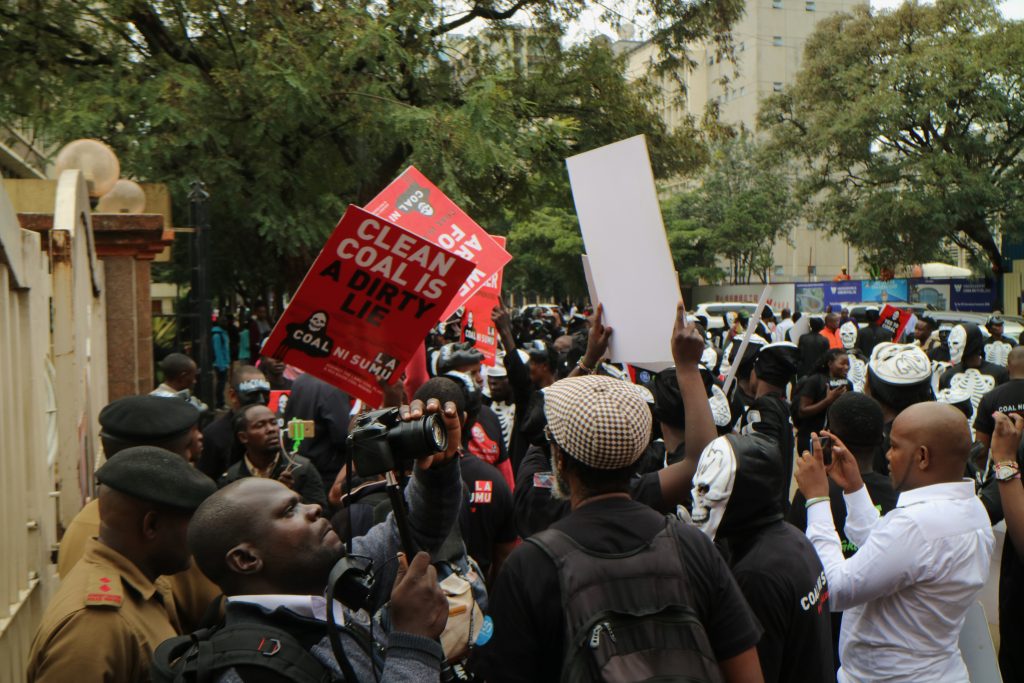 “For the first time the issues of the people of Lamu and Kitui have been brought to Nairobi. Their issues have been succinctly communicated to the Media, Parliament and the office of the president. We will keep pushing until their rights as guaranteed by the constitution are realized!” Activist Mwambi Mwikamba from Natural Resources Alliance of Kenya shared his thoughts. Veteran human rights defender Al-Amin Kimanthi said, “The wealth of our nation is the youth. We should initiate good projects in this nation and not projects that cause negative impacts to the environment, health, livelihood and culture. Let’s protect the youth of this nation, more so the youth and people of Lamu and Kitui from coal”

To add insult to injury, coal energy would be more expensive than the existing greener alternatives. Kenyans will be the ones to suffer high taxes for loans to build the coal plant, transmission line, and railway extension required for mining. The Lamu coal plant contract requires KPLC to pay KES 36 billion every year for 25 years for idle capacity, that is whether or not electricity is produced or needed.

Energy experts agree that Kenya’s natural resources can provide cheap, clean, and reliable energy. Without coal, Kenya can still meet the future power demands for the whole country. Instead, they say, a few people want monetary profit at Kenyans’ expense while harming lives and the environment.