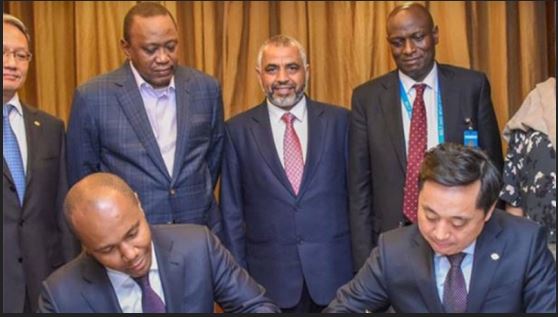 BEIJING (Reuters) – Chinese President Xi Jinping offered another $60 billion in financing for Africa on Monday and wrote off some debt for poorer African nations, while warning against funds going towards “vanity projects”.

Speaking at the opening of a major summit with African leaders, Xi promised development that people on the continent could see and touch, but that would also be green and sustainable.

China has denied engaging in “debt trap” diplomacy, and Xi’s offer of more money comes after a pledge of another $60 billion at the previous summit in South Africa three years ago.

Chinese companies will be encouraged to invest no less than $10 billion in the continent in the next three years, he said.

Government debt from China’s interest free loans due by the end of 2018 will be written off for indebted poor African countries, as well as for developing nations in the continent’s interior and small island nations, Xi said.

“China-Africa cooperation must give Chinese and African people tangible benefits and successes that can be seen, that can be felt,” he said.

He pledged, without giving details, that China would set up a peace and security fund and a related forum, while continuing to provide free military assistance to the African Union.

Chinese President Xi Jinping speaks during the High-level Dialogue between Chinese and African Leaders and Business and Industry Representatives at the sixth China-Africa Entrepreneur Conference at the Beijing National Convention Center in Beijing, China September 3, 2018. Lintao Zhang/Pool via REUTERS

Chinese officials have vowed to be more cautious to ensure projects are sustainable. China defends continued lending to Africa on the grounds that the continent still needs debt-funded infrastructure development.

Speaking earlier at a business forum, Xi said China had to be careful about where money was spent.

“China’s cooperation with Africa is clearly targeted at the major bottlenecks to development. Resources for our cooperation are not to be spent on any vanity projects but in places where they count the most,” he said.

Beijing has also fended off criticism it is only interested in resource extraction to feed its own booming economy, that the projects it funds have poor environmental safeguards, and that too many of the workers for them are flown in from China rather than using African labour.