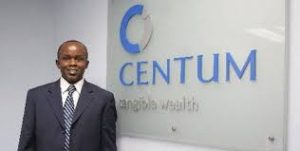 Listed investment firm, Centum, is urging pension fund managers to consider investing in the $2 billion (Sh192 billion) Lamu coal plant. Construction on the 1050MW power plant, to be developed jointly between Centum and Gulf Energy, is expected to commence in October and become operational four years later. “This investment will earn an attractive internal rate of return of 12 per cent on the dollar over the project’s life. We will list it as an asset-backed security at the Nairobi Securities Exchange and we’re already holding discussions with the Retirement Benefits Authority to facilitate participation of pension funds,” said Job Muriuki, an executive at Nabo Capital Limited (formerly Centum Asset Managers). He made the remarks yesterday during an investment forum, at the Intercontinental Hotel Nairobi. The meeting was held to present Lamu coal power plant as an alternative investment opportunity available to retirement funds. The Lamu coal power project is a proposed 981.5 MW coal-fired thermal electricity-generating plant station to be built in Lamu County.

Once constructed, it will become the largest single power station in Kenya, contributing 20 per cent to delivery of the 5000MW plan, a key campaign promise made by the current government. During the meeting, various fund trustees expressed fears that the county may not have sufficient demand to take up the additional generated power. Relatively smaller “We have the Standard Gauge Railway that will be running on electricity. We also need to have a power reserve margin. This means we shall have enough demand. The 5000 MW plan looks over ambitious though and perhaps we can only achieve half of this power generation,” said Muriuki. The project financing structure is made of 75 per cent debt and 25 per cent equity. While pension funds managers are seeking for alternative investment options, there are concerns that many of these funds are too small to play in the big leagues like investing in large infrastructure projects. “In the Kenyan context, our pension funds are relatively smaller and may not currently have the right resources in place to invest directly in infrastructure. There is a lack of sufficient data and also no track record that would give retirement funds the comfort that they would need to allocate some of their portfolio to infrastructure,” said Sundeep Raichura, CEO Alexander Forbes Kenya Limited. Read More