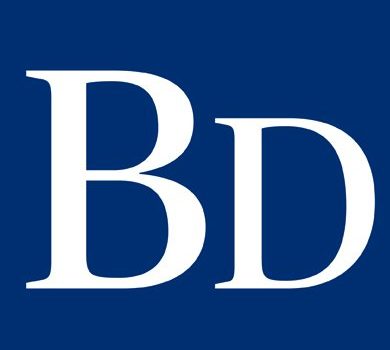 Mr George Wachira’s article published in the Business Daily on 29 May titled Why Kitui coal energy should be prioritised presents a fast fading narrative that investing in its mining is a viable energy mix to drive industrial growth. The future is in renewable energy and Kenya’s 100 percent renewable energy potential must be safeguarded. I will explain why.

Coal mining in Kitui has been a subject of a continuous debate and opposition from the local community who understand clearly the implications from an environmental, social and health perspective. There are strong reasons that Kitui coal has disappeared from national economic development radar.

The Mui basin where coal deposits have been found has attracted a lot of attention from top government organs such as the National Parliament, which sought to fact-find how this process has been rolled out. Just recently, the residents petitioned the National Parliament energy committee seeking to have the mining halted. The petitioners cited two critical issues; the negative environmental effects of coal mining and the damaging effects it will have on their health.

The proposed mining activities in Kitui are a potential breach of Article 40 of the Constitution a based on apprehension that the government will forcibly acquire private property and is a clear departure from constitutional provisions in Article 42 and 70 on the right to a clean and healthy environment.

Mr Wachira’s article argues that countries like India and China have incorporated coal into their energy mix, and so Kenya should follow suit. What his narrative fails to explain is the price the two countries have had to pay by investing in coal-powered plants.

India for instance is the world’s third largest emitter of greenhouse gases making them obligated to limit the carbon emissions. Despite India’s aspiration of increasing energy access for its 1.25 billion people, they are clearly aware that they need to remain committed to the Paris Agreement to stop climate change, otherwise they will be one of the most affected.

India has further committed to reduce its carbon intensity by at least one fifth. The truth is that India is investing more money in solar energy. In addition, four of the top seven largest solar parks worldwide are in India including the second largest at Kurnool, Andhra Pradesh, with a 1,000MW capacity.

China on the other hand, which has been grappling with air pollution has been on a positive trajectory in improving energy efficiency in a number of ways. It has increased investments in renewable energy sources with the government putting in place standards that have placed stringent performance requirements on energy usage. China has acknowledged that phasing out coal power plants is an inevitable step in arresting climate change.

On June 5, China will host the global World Environment Day celebration with a theme of air pollution. According to the United Nations Environment Assembly, this day will urge governments, industry, communities, and individuals to come together to explore renewable energy technologies, and improve air quality in cities and regions across the world. Through divestment, China will grow into a leading producer of renewable energy.

Mr Wachira’s article argues that energy authorities are using climate change as a “weapon” to deny Kitui coal a place in the energy generation mix. This is a misleading statement bearing in mind that Kenya is a signatory to the Paris agreement and has committed to put in place climate change mitigation measures. The potential of renewable energy in Kenya cannot be understated.

Mr Wachira’s article should have acknowledged the fact that any new coal projects will push Kenya over the edge — into climate chaos that is being experienced around the world. It is critical that Kenya joins the rest of the world in stopping any investments in fossil fuels such as coal and begin an urgent transition to 100 percent renewable energy. Kenya should strive for a better future based on readily available energy resources (wind, solar, geothermal and tidal energy). This will safeguard people’s livelihoods and protect scarce water sources while avoiding air pollution and ensuring that affordable, clean, safe electricity is delivered to all Kenyans.

Previous post: Youth in Nairobi mark Africa Day by joining #AfrikaVuka procession because adults have become irresponsible with their future