Pictures from the Demos

GLOBAL –  Today, activists from the U.S. took action against General Electric’s involvement in the construction of a coal-fired power plant in Lamu, Kenya. The protest took place at a side event of the Global Climate Action Summit, being held in San Francisco.

The plant will be built next to Lamu town, a UNESCO heritage site, and on a coastal area particularly vulnerable to climate change; its potential impacts on the local ecosystem spurred a wave of protests by the local community, supported by environmental groups. The DeCOALonize campaign in Kenya has been protesting the proposed coal plant and its backers. The campaign is made up of a number of environmental and social justice advocates, including Save Lamu, an organization working to preserve the environmental, social and cultural integrity of the Lamu community.

GE agreed with Kenyan utility and developer Gulf Energy to provide “clean” coal technology in exchange for a 20% stake in the project. The Lamu coal plant has also received financing from the African Development Bank (AfDB). In May 2018, four US senators (Jeffrey Merkley, Brian Schatz, Bernie Sanders and Edward Markey) issued a letter calling on AfDB not to finance the Lamu coal plant. International pressure has been mounting on the project since.

“There is no such thing as ‘clean’ coal” said Landry Ninteretse, 350 Africa Regional Team Leader. “General Electric pays lip service to the need to act on the climate crisis, but then carries on doing business as usual. GE could instead support Kenya’s implementation of renewable energy and help diversify the country’s energy sources in line with the targets laid out in the Paris Agreement” 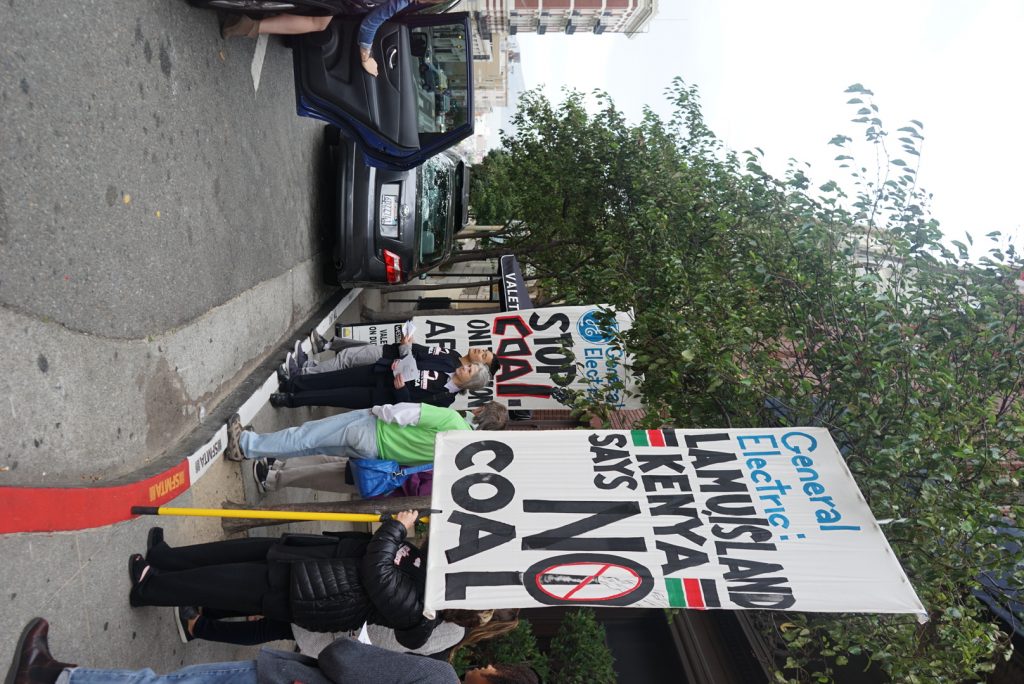 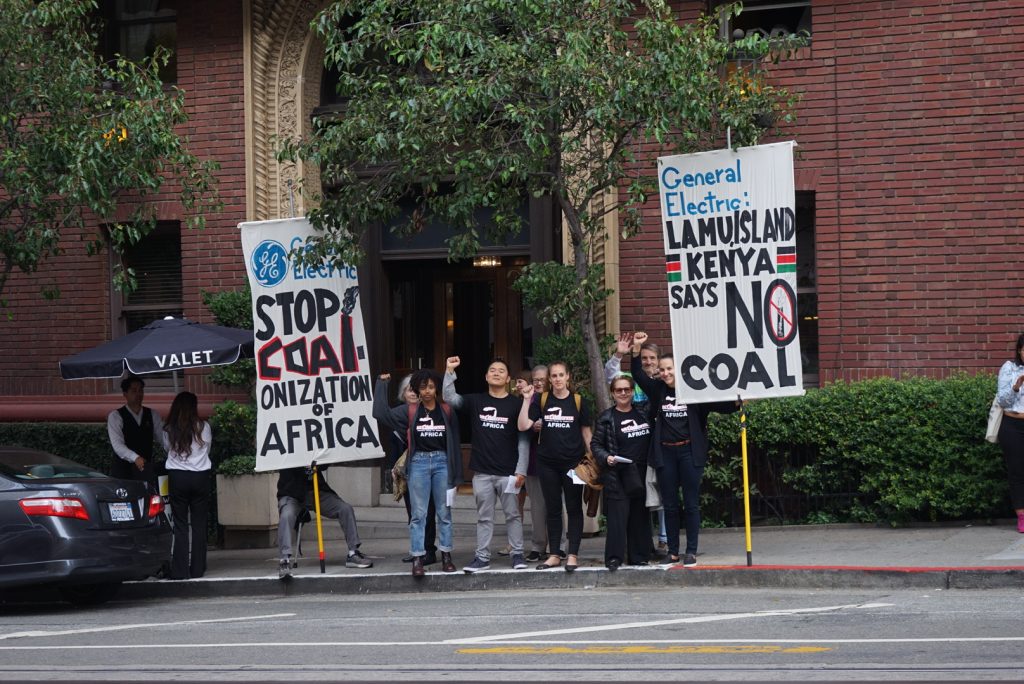 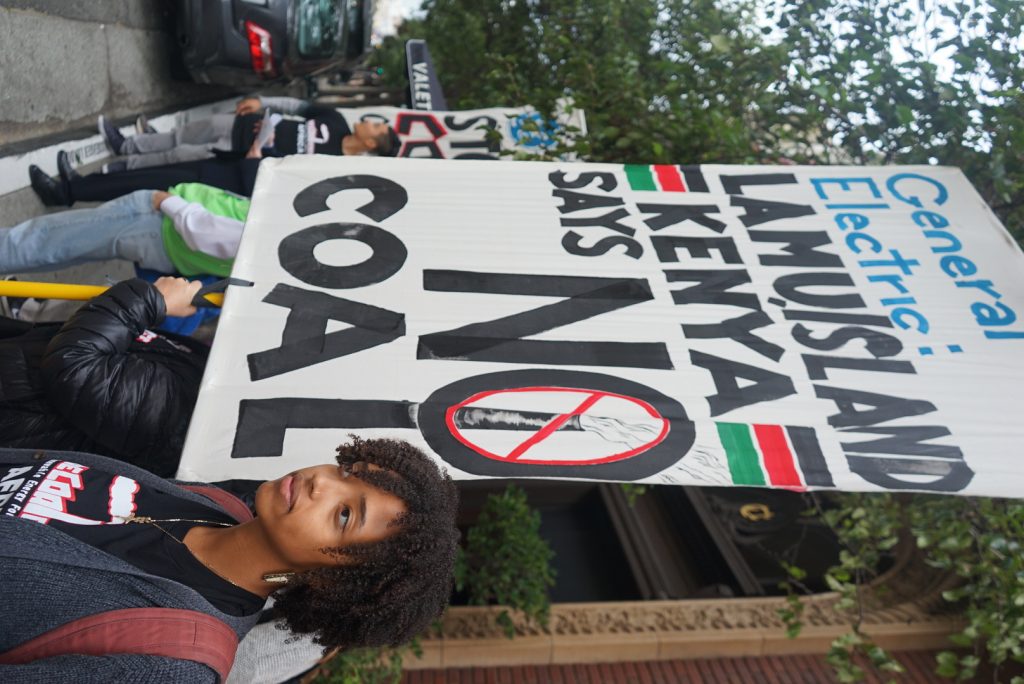 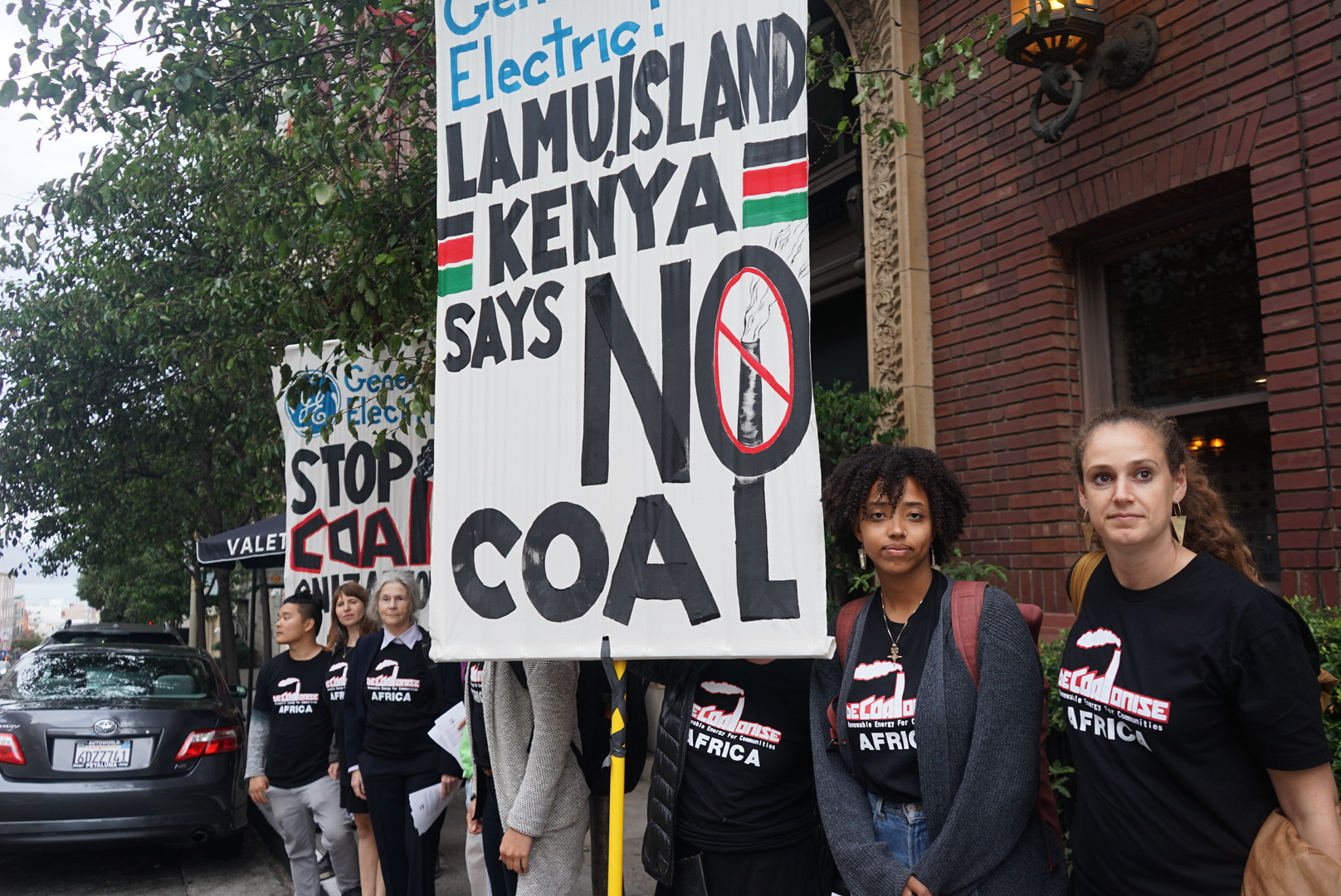 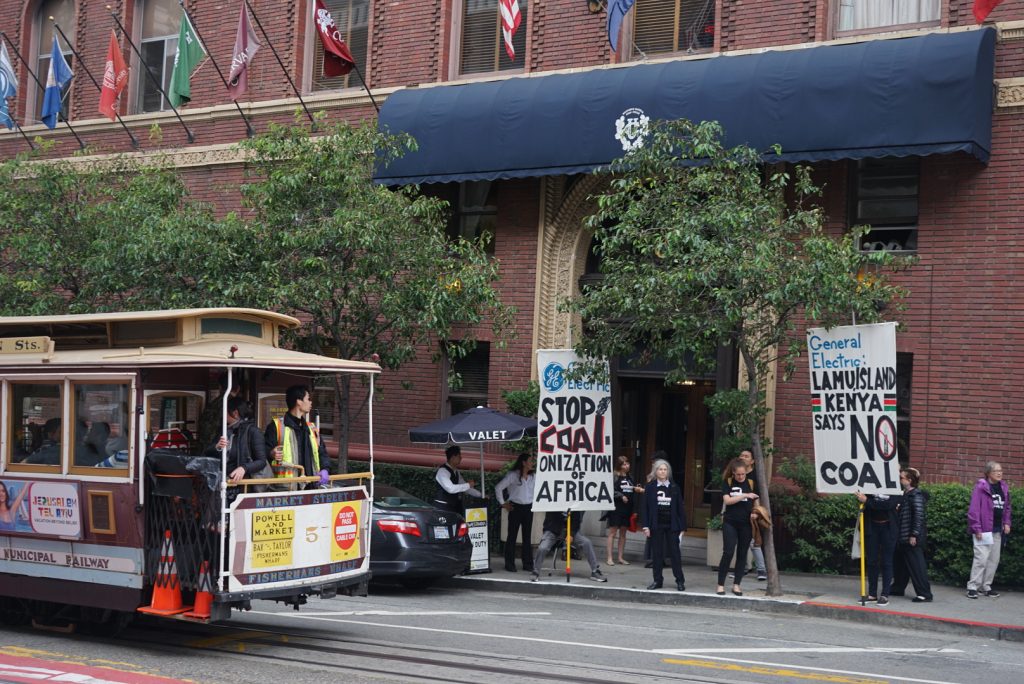 Notes for the editor

Amu Power Company (Kenya) is a special purpose project company that is a joint venture between Gulf Energy(Kenya) developer and co-sponsor. Amu has been tasked with building and operating a 981.5 Megawatt coal-fired thermal electricity-generating plant in the Manda Bay area of Lamu County, Kenya.

About GCAS and Rise for Climate

As politicians, businesses, and investors gather in San Francisco for the Global Climate Action Summit that begins this Wednesday September 12, climate activists have set forward a clear benchmark for climate action: ending the use of fossil fuels and a fast and fair transition to 100% renewable energy for all.

Those demands rang loud and clear at Saturday’s “Rise for Climate” global day of action that saw hundreds of thousands take part in 900 actions in 95 countries, including a march in San Francisco that drew 30,000 people to the streets. The events spanned the globe from Fiji to Paris, united by a common call to action: it’s time to go fossil free.

This artcile was first published in in 350.0rg website