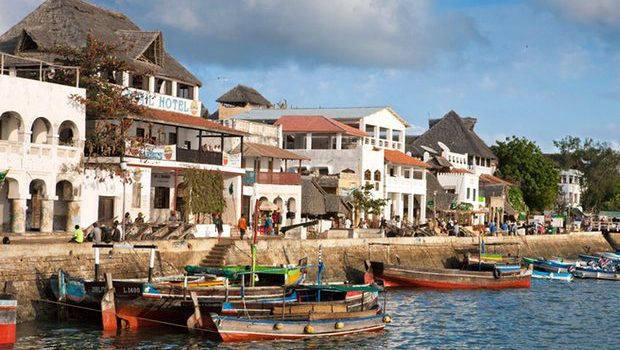 Azure sky, clear sea and a busy seafront create the picturesque views of Lamu Old Town, the oldest and Swahili settlement in east Africa and an Unesco world heritage site.

In a few years however, the idyll might be disrupted by multi-billion dollar coal power project planned for nearby. “There can be no doubt that a project of this scale and scope, in an area as remote and protected as Lamu, cannot help but have profound negative impacts on the heritage,” said a 2015 report on the area from Unesco’s World Heritage Committee.

The $2bn plant is set to be constructed at the small village of Kwasasi in Lamu county. It will be Kenya’s first coal-powered plant and add 985 MW to the grid in a country where, according to the World Bank, only 23% of citizens have access to electricity.

However, the project has been opposed by community-based organisations. Save Lamu has been advocating to stop the plant’s construction. The group’s concerns regarding the plant include environmental and health hazards.

A 2014 Greenpeace report (pdf) on South Africa states that approximately 2,200 premature deaths occur yearly due to exposure to particulate matter from the country’s many coal-fired power plants. To better understand the effects of the coal plant, Save Lamu organised a trip to South Africa’s coalmines and power plants. Abubakar Mohamed, Save Lamu chair, said that what he saw was disheartening. “In Mpumalanga the ground is bare, plants have dried up,” said Abubakar.

Aboud Mohamed, community liaison officer for Amu Power, the company that won the tender for the construction of the plant, defended the project. “At the beginning, it was hard for the locals to accept the [coal] project but we have slowly found acceptance because we are always with them in community functions and we are assisting them with small development projects,” he said.

Raya Famao, a member of Save Lamu, said that the campaign’s message has been curtailed by Amu Power’s gifts to the people of Lamu. “How can a company that is yet to start operations begin CSR (corporate social responsibility) activities?” said Famao. “CSR is done by companies to give back to the society not to bribe them. Amu Power is bribing people in Lamu so that they can accept the coal project.”

According to the project co-ordinator for Save Lamu, Omar Elmawi, said that some residents see through the gifts. “One time during a community meeting, a fisherman said that the freezers they were being given by Amu Power would one day be used as freezers in mortuaries due to death from effects of coal if they accept the project,” he said.

Save Lamu has presented the governor of the county, Issa Timamy, with a signed petition to stop the project. But the county government’s head of health, sanitation and environment in the county government, Mohamed Abubakar, is hoping that an environmental and social impact Aassessment (ESIA) will lay out how Amu Power will mitigate against the damaging effects of the plant. “There will be continuous monitoring of the project in order to enable us tame any effects and as a county we are keen to see the ESIA,” he said.

Both Save Lamu and another group that are campaigning on the issue, Muslims for Human Rights (Muhuri), fear that the government-run National Environmental Management Authority (Nema) might not be fair with the ESIA. “We sent our comments in November last year and to date we are yet to get a reply,” said Khadija Shekuwe, the research and documentation officer at Save Lamu.

Caleb Mireri, the chair of environmental planning and management at Kenyatta University does not believe that any form of technology can eliminate effects of coal. Due to the enormity of the project and the effects that it will pose for the environment and people living around. “If they are importing coal, then they are importing pollution, why can’t Kenya use solar power which Kenya has huge potential in?” he said.

Save Lamu and Muhuri continue their campaign as they await the ESIA. In case it does not address their concerns conclusively, they will move to court. “We will, in consultation with our lawyers sue Nema, Amu Power and the National Land Commission and the relevant ministries involved with the coal plant,” promised Elmawi. Read original article here

Next post: Kenya Power Forecast Scenario of Q2 of 2016.