Kenya’s National Environmental Tribunal (NET) has commenced hearings in to consider Save Lamu‘s groups’ objections regarding the insufficiency of the proposed Lamu coal plant’s Environmental and Social Impact Assessment.

The Tribunal was in Lamu from 11 to 12 May 2017. On the first day, they visited the project site, whereas they heard from witnesses on the second day pertaining to the proposed site, local community, and its ecosystem. Witnesses included environmental activist, Mohammed Athman who broke down emotionally when speaking about his concerns of the future of the children. Other witnesses include Raya Famau, local activist in Lamu and member of Save Lamu coalition, and expert Dr. David Obura from Cordio who spoke of the impact on the marine ecosystem. 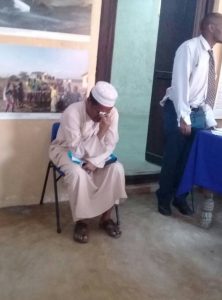 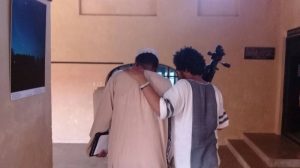 A small group of citizens was allowed to attend he hearing, while about 100 gathered and conducted a permitted silent march from outside the location of the hearing, Lamu Fort. The march was disrupted by police where Save Lamu claims they faced intimidation (Download complaint letter here).

The objections to NET were filed by a handful of residents, Save Lamu, and Natural Justice, in response to the granting of a license for the ESIA by the National Environmental Management Authority.

Following the Lamu hearing, the Tribunal will hold a second hearing in Nairobi on May 29-30, 2017 at the NEMA offices, Nairobi.