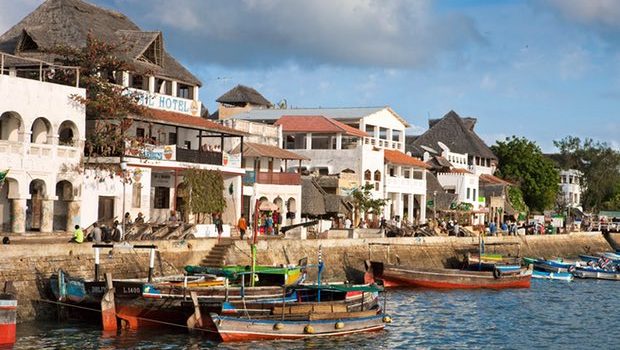 Samia Omar was born and raised in Lamu County, Kenya, a nature lover’s paradise at the uppermost corner of the country’s coastline, which borders Somalia. She attended college in the U.S. and Canada and traveled to northwest Kenya for work. But, she says, “I always knew I had to go back.”

In 2015, Omar began her dream job as county executive for trade and culture on the Lamu County Executive Council. Her work to boost the tourism industry and local economy involved activities such as planning the eclectic mix of festivals—including the Maulid festival celebrating the birth of the [End Page 69] Prophet Muhammad and the whimsical Shela Hat festival—for which the area is known. But after only two years and just shy of her 32nd birthday, Omar quit.

The Kenyan government had unveiled a project—a massive coal plant—that she believes spells disaster for the county and its heritage. After trying and failing to organize resistance to the plant from within the government, Omar decided to become a full-time activist. “I’m not a tree hugger,” she says, “but I don’t want the blood of Lamu on my hands.” 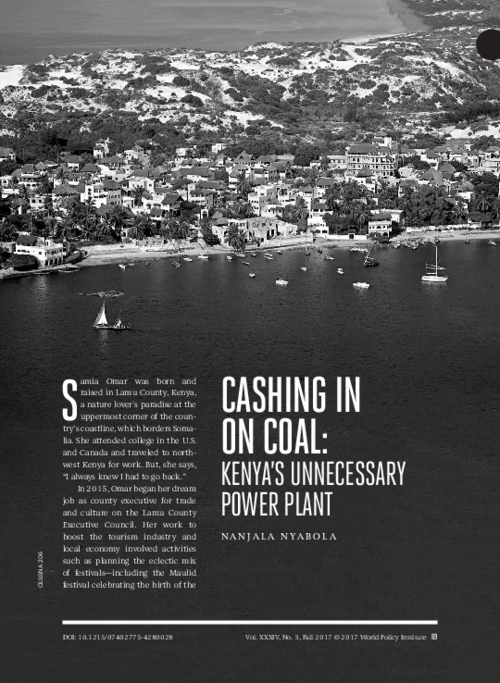